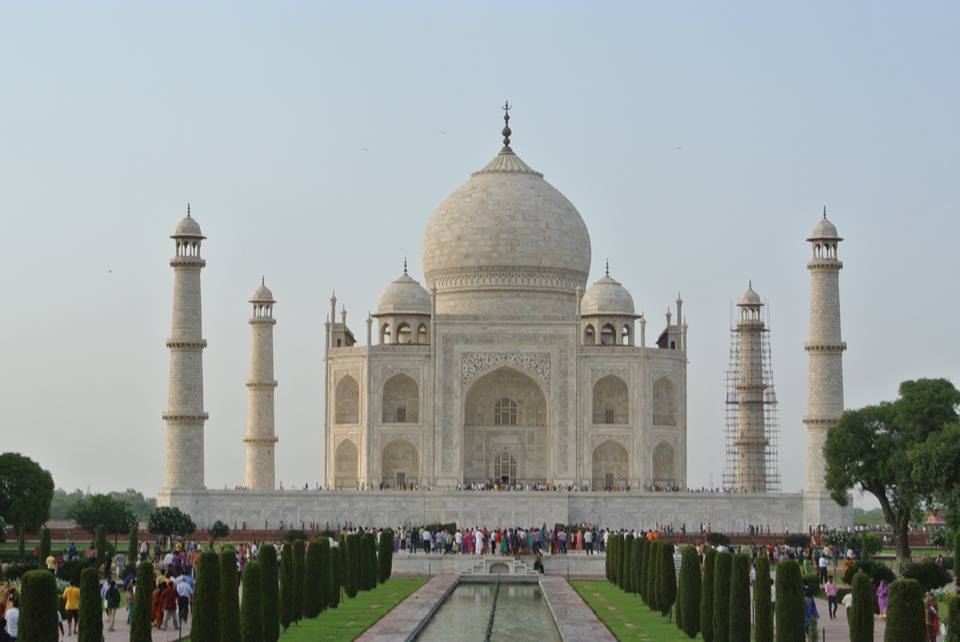 Some of you may remember volume 1 of Magda’s India Tour – if you don’t, make sure to check it out!

Have you read it already? Sweet – now we’re good to go.

As promised, here comes the second part of the adventure. This time, in a form of interview with Magda and after the tour took place. All photos were taken either by Magda or by her companions

What was your goal in this project?

The main goal of course was collecting money for the charity, but also visiting a piece of the world.

Why did you choose this, not other way of promoting Childreach International?

Childreach has lots of various projects and you can work with them in many different ways, but the idea to cycle through India was the most interesting to me; also, it’s something that I wouldn’t do alone. I liked the cooperation with Childreach, that is why I’m collaborating with them again this year. I became a team leader of the group going to Peru this vacations, where we will be trekking the Andes up to Machu Picchu through the Salkantay trail. In last year my contribution for the foundation was the money I collected, but also promoting the foundation among students during an enrollment to teams. Now I guide my team and try to make everyone give their best and collect as much money for the charity as possible. One of the girls under my guidance was the highest fundraiser in the UK.

As I said in the second question. The remaining projects organized by Childreach weren’t so demanding and could be done alone. Cycling through India in a safe way requires lots of organizing and company.

What were your expectations and goals?

My expectations in terms of collecting the money was that it will be incredibly hard. But I was very positively surprised when I started the first collection in pubs and people were very generous and friendly. I think that if I did the same in e.g. Poland most people would ignore me. When it comes to the trip alone, I didn’t have any expectations – the whole idea was so surreal that I realized that I’m doing it only when I got there on the first day. The goal was of course helping the charity as much as I could, bravely cycling for 600km but also getting to know at least a tiny part of India’s culture. What did you presume and what surprised you?

Generally, when talking about India, people often think of dirtiness and crowds. But India has greatly developed in recent years and big cities are well kept. When I was cycling through little villages they were quite clean as well and definitely didn’t look like the stereotype about India presents them. It was also surprising that India is so diverse. It’s a huge country but I didn’t expect that various parts would be THAT different. What’s your general feeling after the trip?

I’m very satisfied with the trip: not only did I proove myself my physical and psychical strength (despite many obstacles, e.g. I had a knee injury three weeks before the trip) but also visited a beautiful country. I also visited a school under Childreach’s care and could see the difference it makes with my own eyes.

Would you feel charitable, here are the links to Magda’s MyDonate page (https://mydonate.bt.com/fundraisers/magdalenasurowiec2) and to the site of Childreach International (https://www.childreach.org.uk).