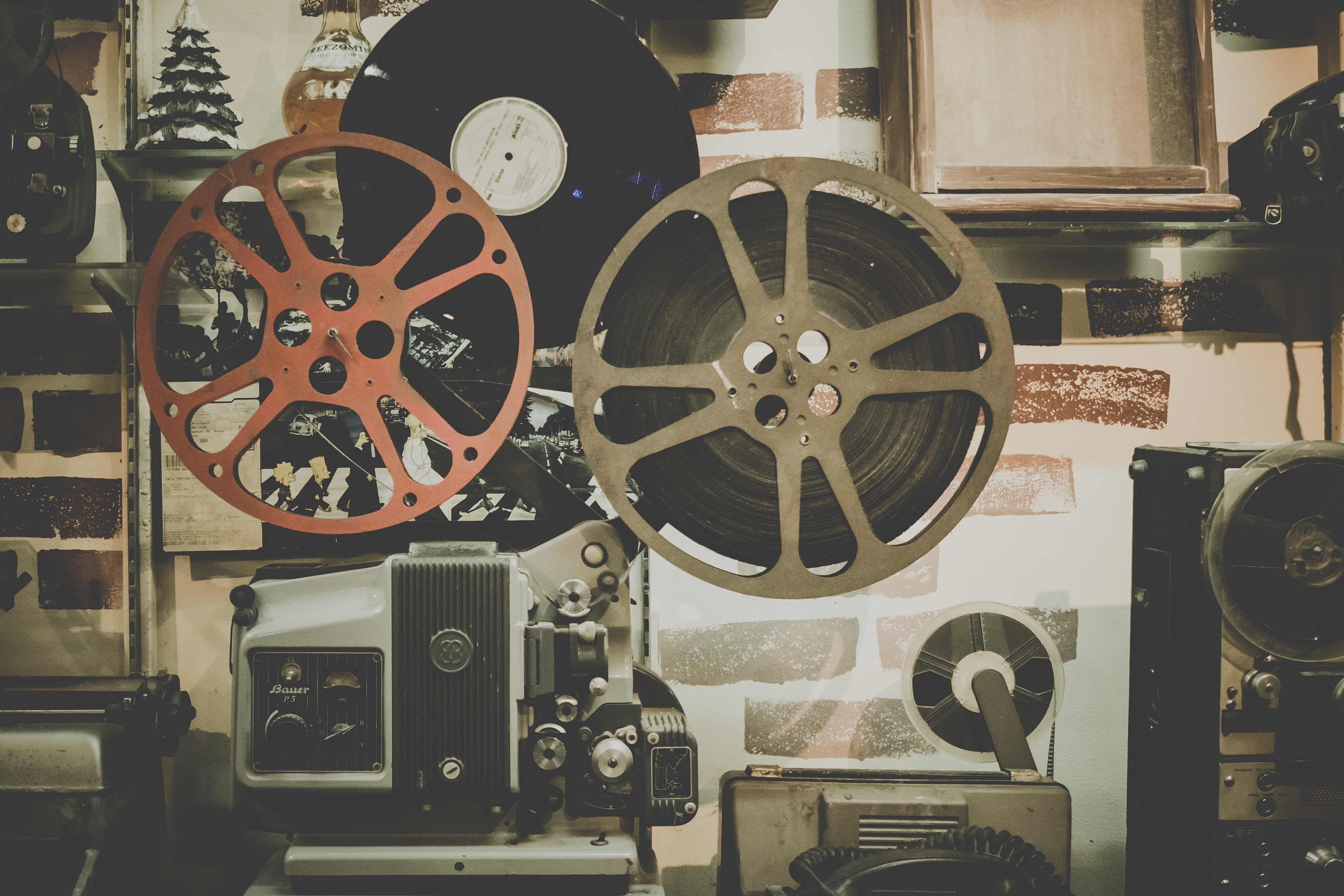 Welcome to part two of Polish pop culture feuilleton. This time I would like to tell you guys something more about Polish cinematography industry. Mainly about the all-time classics and movies that were rewarded world famous awards in past years. If you haven’t seen Polish pop culture #1 – All time hits click here. In this article I will focus on the movies themselves.

Article about Polish cinematography will appear in the same series, but in some time from now. With a little help from webpage filmweb.pl and various award sites, I managed to divide the movies into most acknowledged and most popular. Without further introduction here you have top#10 Polish movies of all time.

#5  “Jak rozpętałem drugą wojnę Światową” [How I Unleashed World War II] (1969) – The oldest position on this list, and one of the most brilliant Polish comedies ever made. Title pretty much says what will happen, great dialogs and universal characters prevented this title from getting to old to watch, so I encourage you to take this journey with the main character played by great Marian Kocinak. [link] #4 “Miś” [Teddy Bear] (1980) – Classic Polish comedy that with ease and giant portion of humor introduces audience to times of communism in Poland. Absurd, sarcasm, grotesque and brilliant acting creates a unique experience and still is a great alternative to most that modern movie industry has to offer. Just remember that the Teddy bear is THE symbol :) [link] #3 “Dzień Świra” [Day of the Wacko] (2002) – Movie awarded with “Polish Movie of the year” award in 2002 is a great look on Polish mentality. This comedy-drama will take you through a normal(?) day of a Polish teacher, who suffers from OCD. Just filled with references, swears, humor and questions about human existence this one has to be my personal favorite. Starting and ending sequences just stole my heart, and great acting skills of Marek Kondrat are just a cherry on top of a great scenario and dialogs. [link] #2 “Bogowie” [Gods] (2014) – Youngest production on this list. A great dramatic feature based on life and career of Polish doctor and cardiac surgeon Zbigniew Religa. It shows a background of a first accepted heart transplantation in Poland. Great amount of emotions combined with humor and realistic characters, creates a great piece of work that was acknowledged on various festivals. The movie received the Golden Lions award for best film at the 39th Gdynia Film Festival (2014) and the Eagle at the Polish Film Awards (2015). [link] #1 “Seksmisja” [Sexmission] (1984) – Mix of science fiction, comedy and brilliant satire. This odd combination is just pure gold, and if you haven’t seen it yet, you have to do it as fast as possible. Director Juliusz Machulski sets up an intriguing and interesting story, based on an idea of a world overrun by women. Incredible acting from Polish legend Jerzy Stuhr just adds to the experience as a whole. Watch it and I can promise that you won’t be disappointed. [link] #5 “W ciemności” [In Darkness] (2011) – Very moving and acknowledged movie drama directed by Agnieszka Holland. It is an adaptation of two books: “The Sewers of Lvov” and  “A girl in a green sweater”. It got nominated for an Oscar in year 2012, but unfortunately did not won the competition. Movie is about salvation of Chinger family that lived in Lvov sewers for months during the World War II. Main man role was played by Robert Więckiewicz, known for movies such as: “Vinci” or “The Dark house”. Not a light position, but if you consider yourself a cinema connoisseur, it is a must-watch. [link] #4 “Katyń” (2007) – Historic drama, describing the Katyń massacre directed by Academy Honorary Award winner Andrzej Wajda. This position was nominated for an Oscar in year 2007. Critically acclaimed to be one of the best Polish movies ever made, “Katyń” describes the division process of Poland by Nazi Germany and USSR, but focuses mostly on the insides of the Katyń massacre itself. Brilliant script and directing creates a unique experience and shows a part of Europe history that was sometimes abandoned, because of USSR joining the war against Hitler. For every history fan a absolutely mandatory movie to watch. [link] #3 “Człowiek z żelaza” [Man of Iron] (1981) – Continuation of a great movie „Man of Marble” is a drama directed by Andrzej Wajda. It is the first Polish movie in history to be awarded with a Cannes Palm. The Oldest position on this site of the list, it changed many things in the way how Europe looked at the reforms that occurred in Poland. Movie shows the inside of 80’s anti-communist revolution in Poland. Storyline takes place in Gdańsk in 1980. Main roles are played by Jerzy Radziwiłowicz, Krystyna Janda and Marian Opania. Great Polish actors work with a great script and an even greater director to create a movie that changed Polish cinema forever. Again, for every modern history or Polish cinematography fan it surely is a must watch. [link] #2 “Pianista” [Pianist] (2002) – Polish-German-French-British cooperation that resulted with second ever Cannes Palm, three Oscars (Directing, Main Male Role and Adapted Scenario) and two BAFTA awards. This movie was directed by Roman Polański, great director involved in many controversies and human tragedies. This movie is only one on those lists that is not entirely in Polish, it was produced also for an international market. However, this is a position for all of you, who still have problems with Polish (or with finding proper subtitles) but want to have a taste of brilliant Polish cinematography. On this list it is a movie that got best critical response. It is a biography of an extravagant and genius Polish pianist Władysław Szpilman in World War II reality, while being a Jew. No words can describe how great of a movie it is, so just watch it and listen to exquisite soundtrack. [link] #1 “Ida” (2013) – Psychological drama directed by Paweł Pawlikowski. It was a movie that got first in Polish history Oscar award for Best Foreign Language Film in 2015. It also received a BAFTA award in the same category and had been selected a Best film of 2014 by European Film Academy. Movie was a box office success and thanks to its success main role actress Agata Kulesza is now working with Jim Carrey on a movie “True Crime”. “Ida” tells a dark story about 1960’s Polish society left with giant culture holes after World War II Jew annihilation. It also shows how the society changed when was pushed into communism. Two women that were involved in tragic events of Nazi occupation travel together, and tells us a story of tragedy, redemption and emptiness. A true master piece, that was truly acknowledged by the movie industry. [link] I know that this list does not cover all of the great Polish movies that were produced.
Despite listed ones, I can also recommend some of mine personal favorites such as :

I strongly encourage you to write, what your favorite Polish movie is and which of those deserve their places on the list.

*All movie posters and DVD coverages were used according to rules of public distribution. Farewell their usage is legal due to Polish citation law (art29. ust.1 ustawie o prawach autorskich i prawach pokrewnych).
**Poster of the movie “Miś” is not original and was created by Andrzej Pągowski. It was published 14.07.2015 on webpage [link]. StudentsinWarsaw.com do not posses any law based ownership of this creation.

One Response to “Polish pop-culture #2 – Movies”