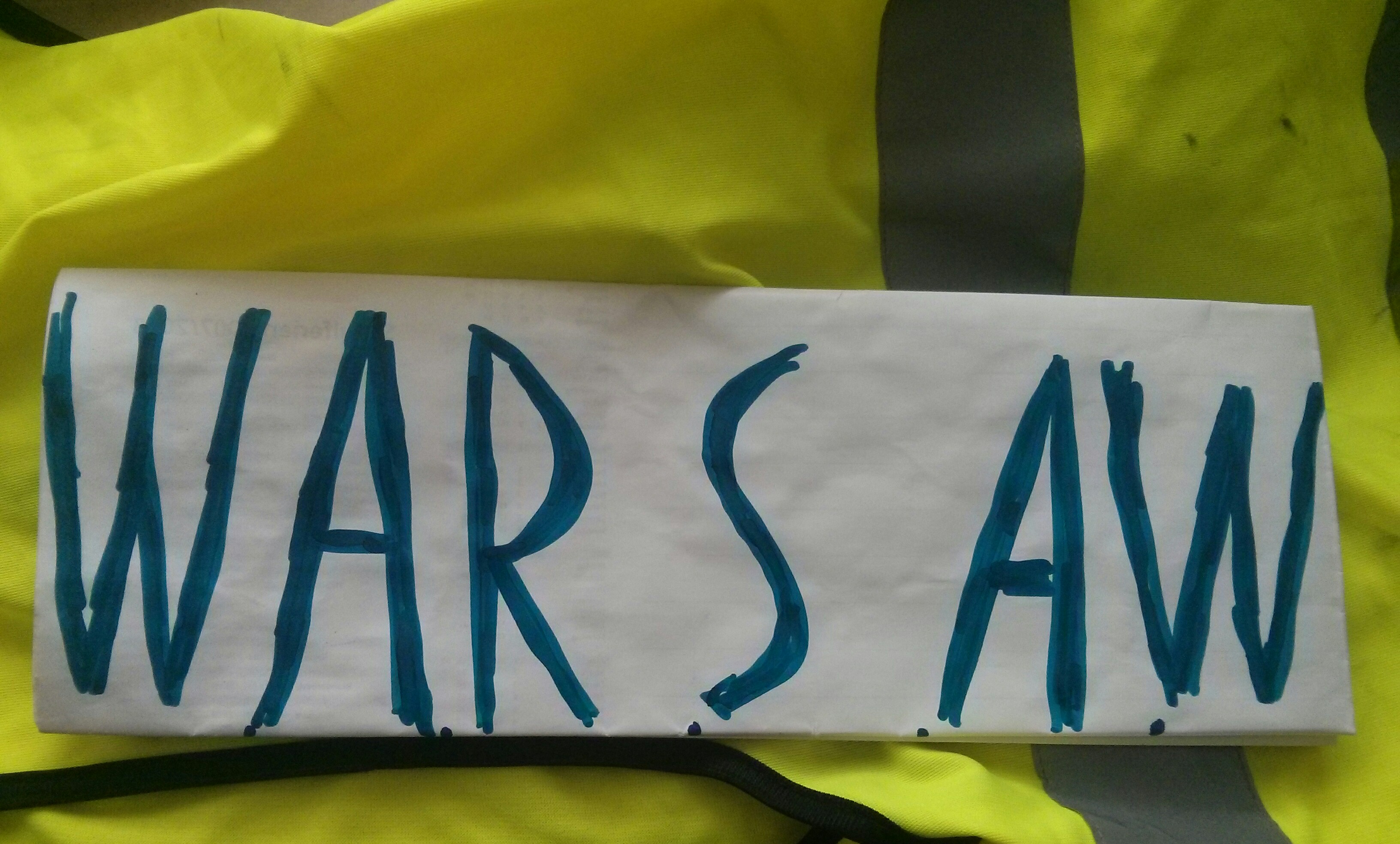 Whenever I want to restore my faith in humanity I go hitch-hiking, or when I need to get from A to B. But the first reason sounds better. I started hitch-hiking about three years ago and hitch-hiked about 15 000 km since then. Yesterday, I hitch-hiked back from Germany to Warsaw (about 1200km) and this article is a short description. This ride was not really outstanding, but gives a nice idea why I like it so much.

At 8am my dad brought me to the A2, an Autobahn which we call the “Warsaw Alley” as so many Poles are on this road which goes straight from the most West of Germany to Warsaw. Respectively, this is a perfect spot to get to Warsaw. For about two hours nobody stopped, which did not directly surprise me as almost nobody came by. Then, around ten a Polish entrepreneur who helped a friend to move from Germany to Poland stopped with his transporter and took me almost all the way to Poznan (750ish km). At a big gas station he dropped me off and took the turn up north. Later an old trucker stopped. He was only able to take me about 80 km, but as I was already waiting for about an hour or two, I decided that it might be wise to take the ride. As the guy was in his 60’s, he spoke Polish and Russian, two languages I do not speak (shame on me). But when he dropped me of at the next gas station, he pointed at his radio and said “Warszawa”. I thought he would ask the other truckers at the gas station if they would go to Warsaw, but he actually asked someone who was on the highway. So in the moment when I put down my stuff to start sticking out my finger (y), a truck stopped on the highway and honked. The old man had called him and he agreed to take me further to Warsaw.

This guy was awesome. First thing he did was grabbing into his little thermal box to give me an apple (I must have looked hungry), a little later he found a bar of chocolate from which he took one little piece to tell me to eat the rest. Though “tell me” is probably a little euphemism. He spoke a little German and I know a few words in Polish, so we talked about 30 minutes constantly without being even close of understanding each other. Well, sometimes you don’t need words to know that someone is a good guy, and he most certainly is. When we arrived at the gas station where he had to make an hour long break, he called over the radio as well. Unfortunately this did not work, so he started to walk around the gas station to ask people if they were going to Warsaw, which unfortunately neither had any results. Finally, I took my stuff and he gave me an additional bottle of water (I must have looked dehydrated as well). He had to sleep and I went into the McDonalds on the gas station to grab a cup of coffee. I just sat down, with the cup, when he came into the McDonalds with a safety vest. He wanted to make sure that I was seen and safe while hitch-hiking during the night. I was so puzzled by his kindness and consideration, that I just stammered “Thank you”.

While putting on the vest and holding my “Warsaw” sign, another guy approached me and asked if I was hitch-hiking. He offered to take me with him and a few minutes later I was sitting in a car to Warsaw. He even made a detour after a long working day to leave me directly in front of my door. Even though I did not need the safety vest, I kept it. And I will wear it the next time when I hitch-hike by night, honouring the incredibly kindness of the amazing truck driver.

I usually want my articles to have a take-away. Well, this one was not very educational but maybe you can take away from this that “Humans are awesome”

2 Responses to “Humans are awesome”