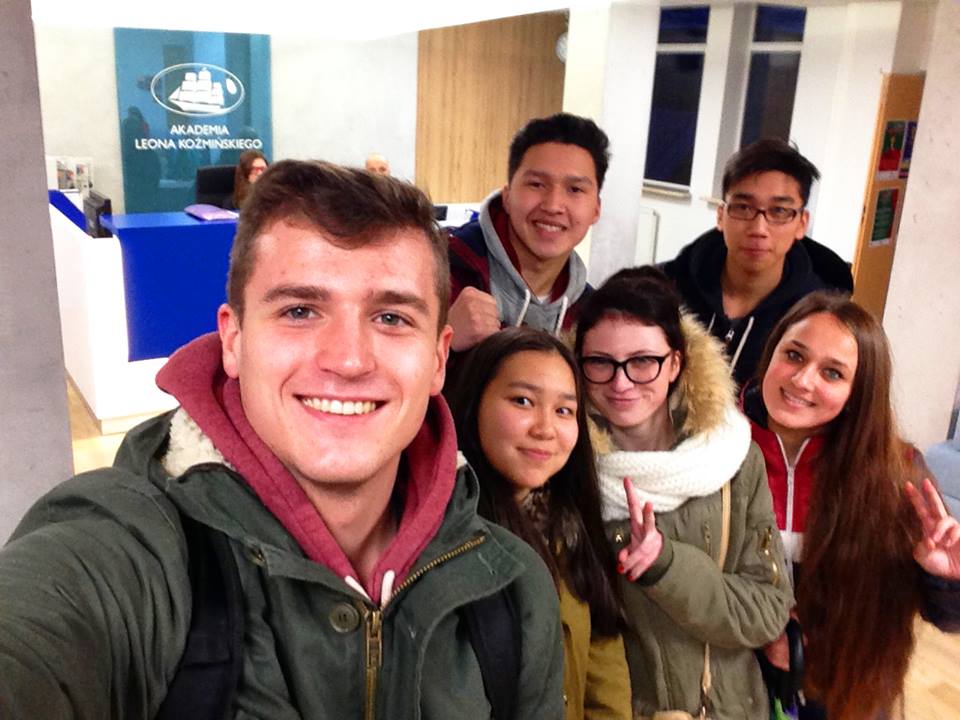 The refugee issue has been massive all around Europe and Poland is no exception. Unlike Germany or the Balkan states, the main influx of refugees in Poland comes from countries like Ukraine, Georgia, Russia and Kirghistan. Those people mostly come with their families escaping war, political imprisonment, poverty and corruption. Refugees most often aren’t people who willingly chose to live in another country, the vast majority of them were pushed out by hard circumstances. Coming to the border they give their destinies into the hands of local courts and institutions: shall they be allowed to stay or forced to return home, when often there is not anywhere to return to.

When the crisis started I was anxiously reading the press and following people I know in Hungary and Austria getting their hands dirty and doing everything to help. It didn’t take a long time for me to decide to do something myself. I have a strong belief in education and its ability to change the world, and I work in the Tech industry. So the concept was born pretty quickly: I wanted to teach young people who came to Poland as refugees Internet and Technology. Nothing could be more valuable nowadays, and that would be another small step towards raising the generation of creative and tech-savvy makers. Bootstrapping projects like this isn’t that hard, but it isn’t easy either. This experience proved to me once more how connections to good people are valuable and how much each and every person can empower others. The first step was connecting with the organization called “Association for Legal Intervention”, which provides free law services to refugees. Through them I was able to connect with refugee families and find future students. The second one was finding a place with all of the equipment. Kozminski was extremely kind to help, for which I’m always going to be grateful. Then there were only details left: negotiating with their supervisors, literally persuading them to attend it on Sundays, motivating people, communicating value, preparing the materials, and finally delivering classes & collecting feedback. Last Sunday the class had 5 brilliant, smart young people. Two of them from Ukraine and three from Kirghistan. We talked about Google Apps, using Google Trends for research and using Prezi presentation software. You know, it feels awesome. Seeing the excitement in their eyes, realizing you’re educating and inspiring young people teaching them the tools and ways which lead to the progress. It feels like doing something that makes sense and has an impact. The classes will run on Sundays until the end of December and then I have an ambitious plan to scale the project further. I believe in education and its ability to bring people with different backgrounds together. Sitting in one classroom in Kozminski we are all equal, we create things together in the flow of synergy, creativity, friendship and respect. Bringing all those things to the world outside the classroom then.

2 Responses to “Technology Class For Refugee Youth at Kozminski University”