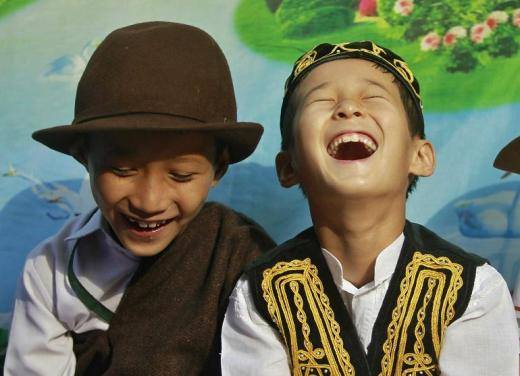 How do you get along with your friends foreign?

I guess that some of you have heard the story of a man who traveled to Spain and had a small misadventure at the local bakery. Let’s call this unlucky fellow Adam. So the thing was that Adam didn’t know Spanish well but really wanted to get some pastries. He came into the bakery, looked around for a sec and saw that the only labeled donuts were called ‘something something borrachos’. Without too much thinking Adam came to the counter and asked quietly:

The reaction of the counter was quite strange. He giggled and asked Adam to speak louder.

As we know, Adam wasn’t too good at Spanish so he thought that the clerk was just making fun of his accent. After a few seconds Adam repeated his order with more confident and loud voice:

Now the whole bakery started to laugh. Adam couldn’t understand a thing so he almost yelled and pointed at the donuts that he wanted:

The counter couldn’t stop laughing, ‘ aaaa, quieras dos BORRACHOS!!!’, he shouted. The whole bakery went wild after these words. Adam left the shop humiliated, frustrated and without the “borrachos”.

After some time Adam learned why everyone reacted so strangely to his words. In Spanish the word “borrachos” means ‘drunkards’ and the sign right above the donuts probably said something like “drunkards are not welcome here”. Adam shouted to a full cafe that he wanted a couple of drunk men.

Everyone knows what cultural differences are. The story above shows that it is highly important to know what you are saying when you are using a foreign language. However, sometimes people can get along even if their language skills are not so bad. So what should you do when you are meeting international people? Scientists constantly study communication between different nationalities. According to their surveys, some nationalities are much better at communication, whereas others are not so easy to get on with. There is also a so-called ‘racial preference”, which is quite an interesting thing. It means that certain nationalities are more popular with, for instance, Middle Asians or Russians. It is scientifically proved, that men are usually more attracted to Asian women, with the exception of Asian men, who like Latina women. Most females, however, are attracted to white men.

All in all, we are much more alike than we think we are. It is really cool to have friends from other countries, so don’t miss your chance!!