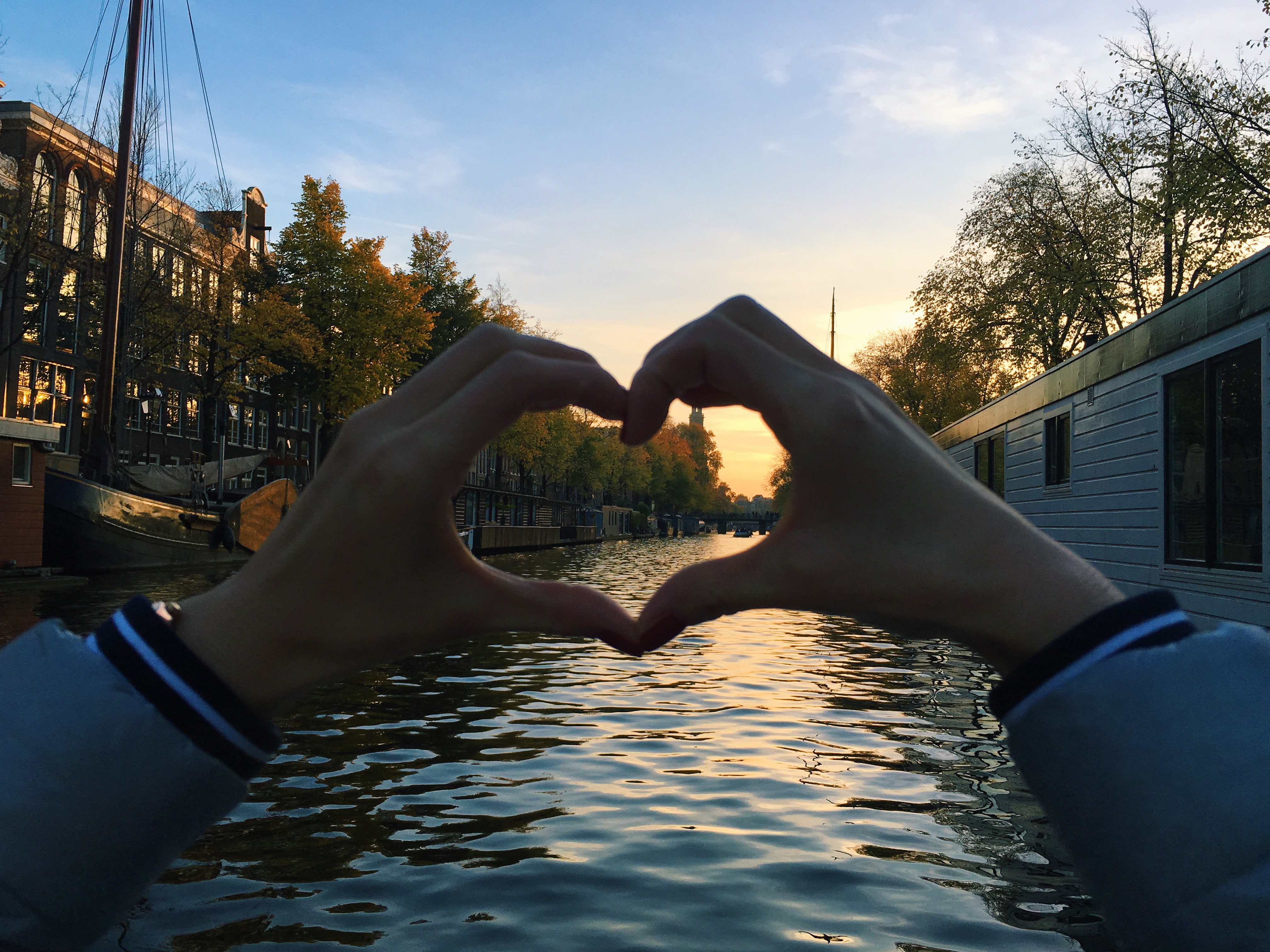 10 unique and interesting things about Netherlands

Still wondering about visiting Netherlands? There are 10 points which eventually will persuade you to go!!!

1. Bikes country
It is goes without saying, that bikes are bikes are everywhere in Amsterdam, but I did not expect to  see unbelievably huge amount of bikes only in Amsterdam. Each Dutch person can have 5 bikes in different places, so they are using them to get whatever they want. This is the best transport here, because though the whole Netherland bike roads are provided. Moreover, other transport is really cheap, so cost for using metro for  2 weeks will be the same as the cost for a good bike. Thus, it would be nonsense , not to buy one, even while exchange semester.
However, you need to be aware that each day approximately 30 bikes fall into water, and even one car dives deep into water each day. 2. The biggest threat in Netherland.
Holland is the the 4 safest country in the world, hence you can easily go through street at night without any fear. However, there is one big threat, these are bikes again. Bike is the main mean of transport, even cars stop always to let bike go first. I can not get used to it in the beginning. Although Dutch people are really nice people, when they sit down on their bikes , they become the angriest people ever. Hence, before crossing the road, especially in the road, you need to turn your head for both sides at least 10 times to be completely sure no one on bike would kill you ! Believe me, it is really important. 3. People
I think Dutch people are one of the most nice and warm nationality. There are so easy-going and friendly, there are eager to help you in any possible situation if you even do not ask about a hand. It put a great impact on me after Eastern Europe, albeit I I perceived Ukrainians to be kind people.
In addition, the reciprocity between teachers and students also warmer than I have seen before. Student can easily contact teacher by phone or call him to get some information, they are willing to answer to any kind of questions.
4. Holland or Netherlands
Not to bother you much with the history, I just propose to watch this awesome video. Follow the link
https://www.youtube.com/watch?v=eE_IUPInEuc 5. Language
The main language is Dutch, it is kind of mix between German and English, but for me it was hard to understand something. But everybody, even from early age, speaks the English language, hence do not worry and freely use your English skills.
6. Food
Dutch national cuisine is not really big, but all dishes are totally different from each other. I mean, for example the first dishes which you need to try is herring with onions and cucumbers. For Slavic countries it is not unique, but the majority of foreigners do not like it. Second pieces of national cuisine is small pancakes with sugar sounder. They are 3 times smaller than usual pancakes, but evenly tasty. One more thing is french fries with sauces of 20 different tastes. And, of course, cheeeese. Cheese is likewise everywhere. There are a lot of cheese shop where you can taste all kinds of cheese and even just full your stomach without buying. 7. Canals
You will be shocked, but there are 70 canals only in Amsterdam and approximately 500 bridges! There are everywhere:) First of all, they are the main decoration of Holland, secondly, you may use canals in a deal of ways. For example, you can swim there. Do not be worry about the color of water, it may seem unclear because of 1 meter of aquatic plant, 1 meter of bikes. Hence there is 1 meter of clean water , but do not jump there , save your legs:) 8. Tulips
Netherlands is the capital of flowers, especially of tulip! Frankly speaking, having spent 5 months in Amsterdam, I was able to see tulips only twice. Of course, it is cold season for flowers, but still I expected more. But I have decision for these problem-either come on spring or go to the flower stock exchange in Aalsmeer to see the biggest amount of flowers which are distributed worldwide then or just buy tulips seeds and grow flowers by yourself. Flower stock exchange in Aalsmeer
9. Everything is so close, not more than an hour
From Amsterdam you are able to get to any other city of Netherlands not more than in 1 hour by bus. Actually,  Dutch people got used that everything is so close to their place of dwelling, so they perceive the travel which takes more than 1 hour to be really long and distant.
But for the majority of European people it is a good new, because they do not to spent a lot of time to get to new place. 10. The most unique fact – Netherlands (especially Amsterdam) stuck in heart and would never go out of there<3 Hope the article was of a great interest for you. I am opened to answer any questions- My Facebook page
In addition, I welcome you to read my other posts ….
Tweet

2 Responses to “10 unique and interesting things about Netherlands”