Christmas in Poland is the major celebration during the year.

The beginning of Christmas time is called Advent (the period of four Sundays and weeks before Christmas).  It’s a time when people try to remember the real meaning of this festival, so they try to be peaceful – some of them give up their favourite foods or drinks and parties are not widely held. During Adwent people also prepare their houses – there’s a lot of cleaning and decorating. 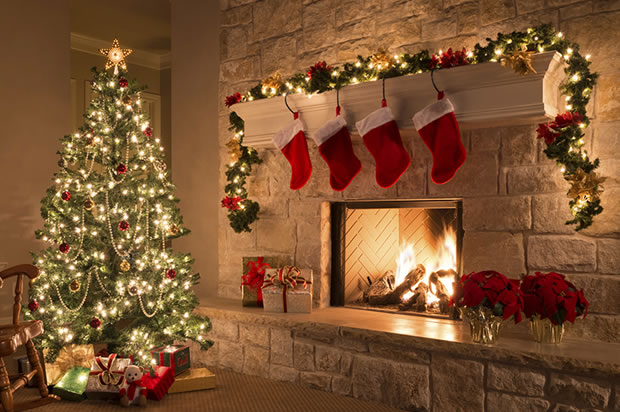 In schools younger children take part in so-called ‘Jasełka’ (Nativity Plays). They are very popular.
What’s interesting, even though Christmas Eve is the most special day during the year it’s not free from work!
Traditionally, the Christmas tree is decorated in the morning on Christmas Eve. It’s usually decorated with lights, baubles and a star on the top.

Christmas Eve is known as ‘Wigilia’. The main Christmas meal is eaten in the evening and it’s called ‘Kolacja wigilijna’. Traditionally, no food is eaten before the first star is seen in the sky. That’s why children look at the night sky to spot the first star! What’s more, no meat is allowed during Christmas Eve.

There are 12 dishes on the table that symbolise 12 Jezus’s apostles. Everyone has to eat or at least try each of dishes. The most popular dishes are red borscht with small dumplings filled with mushrooms and cabbage, carp, herrings (for example in oil or jellied), stewed cabbage (called ‘bigos’) and as desserts –  ‘makowiec’ (a poppy seed roll made of sweet yeast bread), ‘kutia’ (mixed dried fruits and nuts with wheat seeds ) and piernik (gingerbread).

At the beginning of the Christmas Eve, whole family shares the wafer and wish the best to each other. There is always one empty place for an unexpected guest at the table. That’s because Polish people think that no one should be alone or hungry on this special day. Sometimes straw is put under the tablecloth to remind that Jesus was born in a stable. One of the customs is singing carols together. There are lots of carols in Poland and each region has its own ones.

It is believed (usually by young children) that gifts are brought by Santa Claus. That’s why a lot of them write letters to Santa with information about what they want to get for Christmas.

At the end of Christmas Eve, everyone goes to the church for the Midnight Mass. The days after Christmas Eve are spent with family and friends.

Another tradition connected with Christmas in Poland is so-called Christmas call. This custom was launched by the Church. During Christmas call (it takes place for about a month after Christmas) local priests visit their parishioners to bless their houses and they get a nominal fee for that. Some people in central Poland say that at midnight the animals can talk! The smell of tangerines is widely thought to mean that Christmas time is about to start soon!